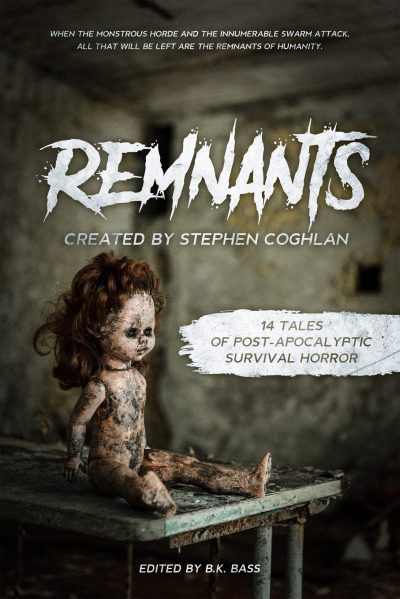 I find it very sad that grown ups are not encouraged to play creatively. Most adults, following along with the conventions of contemporary society and do not engage in active, creative play. They rely on the creations of others to escape their dreary, every-day lives by watching television and movies, listening to music, reading books, and perhaps going to an art museum. Very few grownups, write, paint, compose, etc, Even when they do think creatively, it is often done in connection with their jobs, and therefore, they are creating for others—a boss, a company—rather than for themselves. In contrast, children are encouraged to play to draw, to make up stories and songs. Whether they consider themselves to be creative or not does not matter. Most children engage in creative play.

Many of the so-called-weird people who become successful in the arts encourage others to engage in creative activity as well. They claim, that there is a fulfillment one gets from doing art that is directly related to doing something creative for yourself. My favorite formulation of this idea is Kurt Vonnegut’s. Vonnegut, in a number of different places, encouraged his readers (and his listeners when he delivered his message as a speech) to engage in creative activities, even if what they end up producing is bad. One does not need, as Neil Gaiman exhorts his followers to do, make good art, rather, even making bad art is way of making “life bearable,” according to his view. “Practicing an art, no matter how well or badly, is a way to make your soul grow, for heaven’s sake,” Vonnegut claims.

I wholeheartedly agree, and I believe that the reason for this positive effect is the connection between making art—good or bad—and the creative play in which most people engaged as children. I have often, when speaking of my own writing, compared it to a (slightly) more socially acceptable version of childhood play.

During a recent live reading and discussion about the Remnants anthology from Kyanite Publishing (which was just released today), I extended that metaphor a bit further to explain the different mediums in which I write and connect them to common ways that children play.

When I want to play alone (and as an introverted writer-type, this is the kind of play in which I engage the most), I write short stories or poetry. During this type of play, I am the only one affecting the outcome of the “game.” When I want to play with others, I make comics. In this type of play, I collaborate with others to create. I work with an artist, and sometimes a team comprised of separate pencilers, inkers, colorists, and letterers, to create the final piece. We each have input into the story, and we collaborate to affect the outcome.

The Remnants anthology offered me a new way to play. Remnants is a “shared-world” anthology. It takes place in a post-apocalyptic world, created by Stephen Coghlan. Each of the authors in the anthology had to write a story which took place within this same, shared, world. Because of my background in comic books, I usually explain a shared world like the Marvel or DC universe. Each comic (or movie if you prefer) must take place within the shared world, but each is also the unique creation of the artists who made it. A Denny O’Neil Batman story is different from an Alan Moore Batman story, but they are both, recognizably Batman stories and therefore must follow the parameters of that universe. You could say the same thing about Kenneth Branagh’s Thor movie compared to Taika Waititi’s.

Similarly, the stories in the Remnants anthology each reflect the styles and talents of the authors who wrote them, yet they all take place within Stephen’s world. Writing for this anthology presented certain restrictions in terms of what I was allowed to do in the story, but it was also freeing in a way as I could just concentrate on writing the story without having to do all the world building associated with writing this type of science fiction story.

To return to my metaphor, writing this story was like go over someone’s house and being allowed to play with their toys. In this case, Stephen built this incredible world, a for a little while, he allowed me—and the other writers whose stories are included in this anthology—to come and play with it. The result’s which you can read in the anthology, are truly remarkable in they way they differ in tone, style, and content while all being true to the shared world.

I hope you consider purchasing a copy of Remnants, and reading my story, “The Forgotten,” (follow any of the hyperlinks throughout this post, including this one), and I really hope that if you endeavor to do something creative this week. Write a poem or story, draw a picture, write a song, even if you feel you’re doing it poorly, the benefits are immeasurable especially during these trying times. 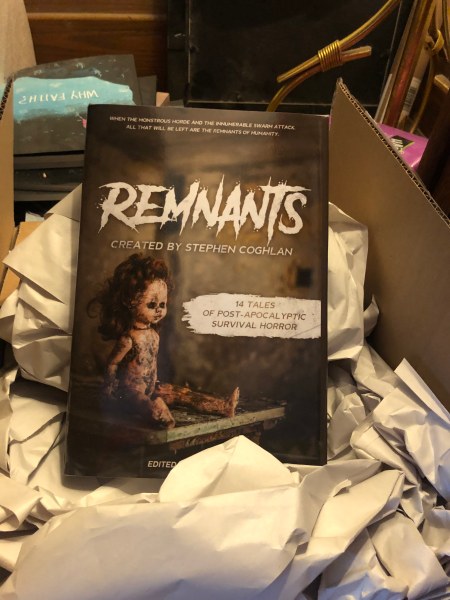 Today is my birthday. For one year at least, I have become the answer to the ultimate question of life, the universe, and everything. What’s the best present you can give an author on his birthday? Read his work. Luckily, I have some new publishing news to report. I have work in two anthologies you can buy, and a free poem online as well.

My story “The Forgotten” is included in the Remnants shared world anthology from Kyanite Press. Remnants presents a post-apocalyptic world overrun by two different types of monsters. Each of the stories, written by a different author, takes place in the same universe. It’s a really interesting collection, and there is such diversity in the stories that, if you’re a fan of sci-fi, horror, or post-apocalyptic fiction on any stripe, there’s something in there for you.

My story, “The Forgotten” deals with a group of orphans who have banded together to fight the monsters. It’s a dark psychological tale that celebrates the power of childlike imagination even in the darkest times. Here is the opening paragraph to whet your appetite.

For the third year in a row, I have flash fiction in the Serious Flash Fiction anthology. This anthology, is one of my favorites. Each year on twitter, The editor, runs a contest to find the best tweet-length stories. Once again, my work was selected among the winners. This is one of my favorite anthologies each year, and I have discovered some of my favorite writers through this competition as well. The anthology also collects the previous years’ winning entries, so, if you buy the book, you’ll get my microflash from previous years as well.

While the previous two publications are for purchase, I also have a present for you on my birthday. My high fantasy ballad, Forthwith Flies The Mage, a long narrative, poem about a mage and his dragon battling the forces of darkness is now available for free as part of the “Healing Worlds” project from Kyanite Press. It is one my favorite pieces, and if you enjoy fantasy in the mode of JRR Tolkien or Ursula Le Guin, I know you’ll enjoy it.